Ephedra Sinica is perhaps the most well-known species of ephedra, and it has long been valued as a medicinal plant, especially in China where it grows naturally. Ephedra sininca is indigenous to Northern China and parts of Eastern Asia. Like other ephedra species, ephedra sinica plants grow well in sandy soils or along the faces of mountainous slopes. Ephedra seeds grow into shrubs that seems to evolutionary relatives of pine trees that are suited to dry conditions. Various ephedra species are actually referred to as “Join Fir” or “Joint Pine”. Ephedra lacks any true leaves, but instead, its leaves are modified stems, segmented like bamboo, although not hollow. The fibrous and bitter-tasting stems of many ephedra species are chewed, brewed into tea or powdered and encapsulated. Ephedra sinica produces a bright red fruit that contains several seeds, as the fruit dries, it leaves behind a dark pod on the jointed stem that eventually dries and releases the seed.

In Chinese medicine, ma huang, as it is known, has long been considered a warming herb (herbs are classified into warming and cooling herb in Chinese medicine and Ayurveda). Ephedra was used for thousands of years to help open up the breathing passages and promote sweating and urination. This lends itself to a variety of uses in helping detoxify the body of pathogens and helping with afflictions of the lungs. Ephedra Sinica contains pseudoephedrine, which was a primary ingredient in many cold and FLU formulas. It also contains ephedrine. Both of these have stimulating properties, and the U.S. saw and explosion of use in the mid-1990’s as companies began marketing diet supplements, weight lifting supplements and energy supplements. However, the majority of these companies were selling these alkaloids in pure form or in concentrated doses with indications for regular use. Chinese medicine, traditionally only used ephedra in plant form, which is significantly less concentrated, and regarded it only for temporary use. Ephedra should also be avoided by anyone with medical conditions, especially epilepsy, heart conditions and diabetes, as well as the elderly, pregnant or those taking medications. These seeds are quite difficult to obtain, and we are happy to have them available along with our several other ephedra seeds, including ephedra viridis and ephedra nevadensis seeds.

Growing Information: Ephedra requires a well-draining soil, preferably with a high sand content. Ehedra is not accustomed to standing water or wet conditions. Sow your seeds at a depth of about 1/8″-1/4″ and keep warm. Germination has a natural tendency to be a bit irregular but can begin in as early as two weeks if conditions are right. Ephedra sinica enjoys full sunlight, but it can be started indoors under lights. The soil does not necessarily need to remain totally dry as long as there is no standing water. Sprouts resemble grass, and may be slow to grow once started. 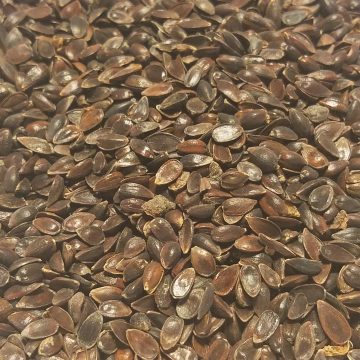