Tagetes Lucida is a special member of the marigold family valued for medicinal and culinary uses. It is known by a number of names such as Mexican Mint Marigold or Mexican Tarragon (for its use as a tarragon substitute in cooking). It is also known as Spanish Tarragon, which is held in contrast to French Tarragon. This spice, which is native to Mexico and Central America, has a mild licorice flavor. The flavor is not as pronounced as anise and goes well in soups. It was reportedly used as a flavoring to mask the bitterness of raw cocoa in the Aztec foaming drink called, “Cocolatl.” Tagetes Lucida is a half-hardy perennial, which can be grown outdoors all year round to about zone 8. Elsewhere, it should be treated as an annual. Fresh material can be harvested throughout the growing season. It can be used fresh or dried, although fresh material is more potent. As a medicinal, this plant is used as a sedative and a stomach settler. It is most commonly taken as a tea. Tagetes Lucida depresses the central nervous system and is reported to have mild hallucinogenic activity at high doses. It has even been used to make incense.

Growing Information: Tagetes lucida likes a fertile, well-drained soil. Starting indoors is best to get a good start on the growing season. Sow seeds at a depth of 1/8” about 6-8 weeks before the last frost. They can also be sown outdoors after the last frost at a depth of 1/8”. Place your plants in full sun for best results, although partial shade is tolerable. Plants should be spaced about 12”-18” apart. Cut your plants back regularly to promote the formation of branches, especially early on. Removing the spent flower heads will promote flowering as well. 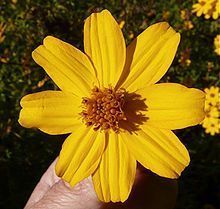