Gynostemma pentaphyllum is in growing demand as its benefits leak beyond the bounds of Chinese medicine into the western world. Gynostemma, known as Jiaogulan in Chinese medicine, has long been considered an “immortality herb” in the regions of Asia where it is native to, including Southwest China, Vietnam and Japan.

Gynostemma is also referred to as Southern Ginseng. Like ginseng, gynostemma is an esteemed adaptogen herb, meaning it a general counterbalance to stress and supports the general function of the body, including immune support, memory, stamina and endurance. Both ginseng and Jiaogulan share many of the same beneficial phytochemicals, although it greatly exceeds ginseng in the number of .saponins. Gynostemma is also high in amino acids, vitamins and minerals such as calcium, iron, zinc, magnesium, phosphorous and manganese.

Gynostemma is used by some as an anti-aging supplement and as a general cure-all for both physical and mental ailments. Gynostemma is high in anti-oxidants, and tests have indicated it can have significant effects on inhibiting cancer cells. Additionally, gynostemma is believed to have detoxifying effects that can be beneficial to the liver and gastrointestinal system.

Gynostemma leaf has a sweet taste, and so it is commonly taken as a tea, but it also appears as an extract or tincture. Gynostemma is grown both as a medicinal plant and an ornamental. Like a cucumber, jiaogulan is a climbing vine. However, instead of large fruit, gynostemma only produces shiny black berries. Gynostemma is sensitive to direct sunlight and frost. Gynostemma plants do well in pots, meaning it can be brought in to avoid cold winters. Gynostemma plants can be reproduced by seeds or by separating and planting the runners. LIVE GYNOSTEMMA PLANTS ALSO AVAILABLE!

Growing Information:  Soak the seeds in water for 24 hours prior to sowing. Barely cover the seed with soil. Gynostemma seed tends to germinate slow and erratically, so be patient. The soil should be kept evenly moist, not soggy and don’t let the soil dry out. Keep at about 70 degrees F. Pl Gynostemma can more easily be propagated by root division. 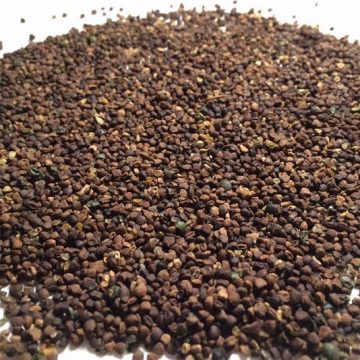