Mimosa pudica, known as sensitive plant, is fascinating to children and adults alike because its leaves quickly fold up when touched or exposed to heat, returning to normal after a few minutes. It is most sensitive in full sun. Pudica follows the common mimosa form with attractive pink pom pom flowers. Although it may survive as a perennial in its native Brazil it is typically grown as an annual in cultivation and makes a good potted plant. Reaching 12″ in height, pudica has reportedly been grown both indoors and out. Mimosa pudica herb is also said to have various medicinal properties that are employed in Ayurvedic medicine. Sensitive plant can work as a detoxifying herb to rid the body of parasite, and it is considered one of the best herbs to fight intestinal worms. It is believed that many people have these parasites in their systems without ever knowing, and a regimen including mimosa pudica can help cleanse the system. Additionally, mimosa pudica herb can have sedating effects. It is sometimes smoked by locals, or it can be made into a tea before bedtime. Some use sensitive plant to help relieve anxiety. Sensitive plant is also reportedly being studied by pharmaceutical companies for uses such as hair replacement and nerve regeneration. 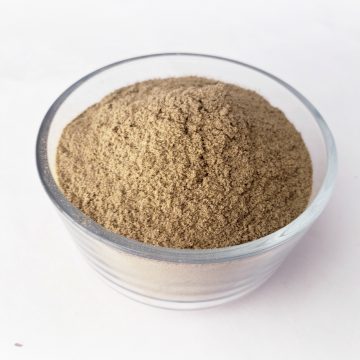