More than 5,000 years ago, the Chinese were brewing green tea as medicine. Made from the leaves of a bush related to flowering camellia, tea (camelia sinensis) had a notable role in eastern culture. The Japanese had daily ceremonies involving the consumption of tea, and it was not for the caffeine. The amino acid,l-theanine, separated tea as a medicine from a mere beverage. L-theanine is known for numerous mental health benefits, from alleviating stress to promoting deep sleep. Its effects have been known for millenniums, but the science of today’s world has allowed even more medical benefits of this natural supplement to surface.

Sleep deprivation affects millions of Americans and is directly related to many deficiencies in the mind and body. Stress is the primary reason, followed by illness, inactivity, medications, and bad sleep environment. Lack of sleep affects so many. But rather than recognize the issue, a large portion of society turns to caffeine just to get through the work day. Caffeine may give you the energy you need, but it comes at a cost. Caffeine can take 10-12 hours to fully leave your system, so that cup of coffee you had at two in the afternoon could keep you up past midnight. In need of sleep, many Americans will take prescription sleeping pills to get to sleep, but these drugs don’t work for everyone and some have very undesirable affects. There must be a better way to get the rest we all need.

Caffeine is present in coffee and tea, but the l-theanine in tea neutralizes the speedy effects of the caffeine without reducing its mind-energizing, fat-burning features. L-theanine relaxes the body and calms the mind without the drowsiness or crash that can often occur from stimulants, which makes for a more restful sleep. Studies show that pre-sleep relaxation is very effective against sleep deprivation and insomnia. Falling asleep Getting to sleep, though, is only half of the battle. Staying asleep can be even more of a challenge for some. Japanese researchers gave volunteers l-theanine before sleep and found that people weren’t necessarily sleeping longer, but were getting much better quality sleep than before. Sleep quality, recovery from exhaustion, and refreshed feelings were all improved by l-theanine, according to these studies.

L-theanine has an advantage that many dietary supplements do not, which is that it is able to cross the blood-brain barrier and positively affect brain chemistry. The results of studies on how l-theanine can modulate moods lead to it being patented as a mood enhancer. L-theanine changes levels of amino acids affecting serotonin and other neurotransmitters in the brain. L-theanine also reduces levels of adrenaline in the blood and increases GABA, a chemical which calms the body. The combined effect of these actions also offers support for anxiety relief.

L-theanine may support a lower risk of stroke along with reduced damage from stroke and preventing memory loss and brain damage induced by a stroke.  L-theanine also supports the liver and has the ability to modulate alcohol chemistry by accelerating the breakdown of acetaldehyde, the toxic chemical that alcohol converts to during digestion.

L-theanine is a unique dietary supplement that no longer needs to be consumed through tea, since it is available in pure powdered form.  World Seed Supply is proud to offer pure l-theanine powder. 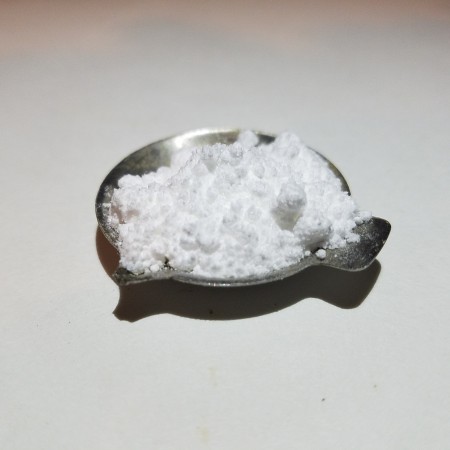