World Seed Supply is proud to offer whole ilex guayusa leaf imported directly from Peru. This product is offered by the half kilo and kilo. We also offer powdered guayusa leaf in smaller amounts.

Ilex guayusa is a plant in the holly family that is closely related to yerba mate (ilex paraguensis). Guayusa, pronounced “wayusa,” is native to the upper Amazon region of Ecuador. Guayusa is said to contain the highest levels of caffeine of any plant, but other statistics show that it has about the same caffeine content as a strong coffee variety. Aside from caffeine, guayusa also contains the related alkaloid, theobromine, which is found in chocolate, tea and kola nut. Theobromine has a similar but milder effect to caffeiene. Guayusa was traditionally used to sharpen senses and keep hunters awake during hunting trips. It has also been part of a social tradition in Ecuador and can usually be found at gatherings. Guayusa is drunk as a tea similar to yerba mate, although usually with stronger effects. People seeking mental clarity, such as college students, will sometimes drink guayusa as a study or focus aid. Guayusa is also said to have twice the antioxidants of green tea and has also been used as an aphrodisiac and an herbal remedy for malaria and syphilis. Some sources indicate that guayusa can be used as a liver tonic as well. However, due to its caffeine content, most sources suggest that pregnant women do not ingest guayusa. 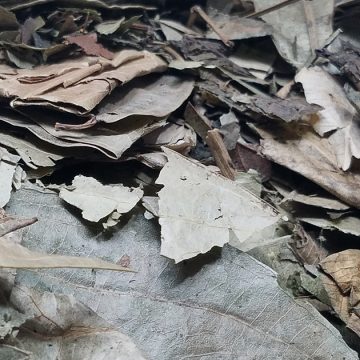