Warning: Direct consumption of these peppers can be dangerous. Even handling the seeds can cause irritation. 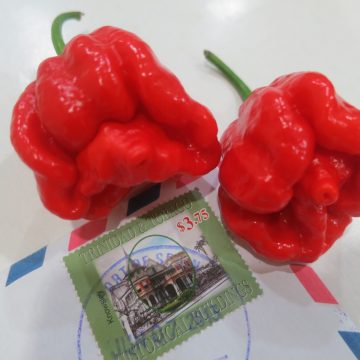