Galangal is a relative of ginger whose richly aromatic root is also used in culinary traditions of Thai, Vietnamese, Indonesian, Indian and other Asian cultures. Galangal root has a spicy flavor with notes of citrus. In traditional Ayurvedic herbal medicine as well as Chinese herbalism, Galngal root was considered a tonic herb, meaning it was believed to benefit a wide range of the bodily systems. Both traditions regard galangal as a warming herb, and the root’s spicy flavor makes it easy to see why. The bitter compounds in alpinia galangal root promote digestion by increasing the digestive fluids, and so galangal root was used traditionally as an herb for indigestion and other digestive ailments. Just as ginger is a common remedy for nausea, galangal root has been used to remedy motion sickness and morning sickness. In traditional Chinese medicine, alpinia galangal was also used in relation to diarrhea, vomiting and stomach aches.

Aromatic oils in plants largely function by warding off invaders, such as pests, bacteria and viruses. We may take for granted that these just occur, but aromatic oils usually seem to serve the same purpose. So it is not surprising that studies have shown that galangal seems to have anti-microbial action. As an aromatic that can help inhibit bacterial growth, galangal root can help improve bad breath. Galangal root contains, among others, the aromatic compound, Eugenol, which is also found in popular aromatic herbs such as clove, cinnamon, nutmeg, and basil, as well as herbs such as calamus, rootbeer plant (piper auritum) and sassafras. Eugenol itself has been described as having antiseptic and anesthetic properties. Accordingly, there are reports of galangal root helping to relieve pain.

Looking at traditional use of galangal root, other noteworthy beliefs include help with lowering blood sugar and blood pressure, reducing inflammation as well as offering liver support and bronchial support. Modern research on galangal puts a lot of focus on its potential to help positively benefit and prevent cancer. It is often said that cancer and many other severe diseases are exacerbated by inflammation, and so if any herb has anti-inflammatory properties, it would follow that it that it could feasibly offer some benefit. Galangal is also being studied for prospective uses with neruodegenerative nervous system disorders, immune system regulation, antiviral capabilities, antimalarial efficacy, improving sperm count and much more. Like it’s cousin, ginger, galangal root is a Renaissance man in the herbal world, serving mankind as an aromatic, a tasty culinary tool and a traditional medicinal herb that offers potential benefit over the full range of bodily systems. Also offering Organic Galangal root slices. 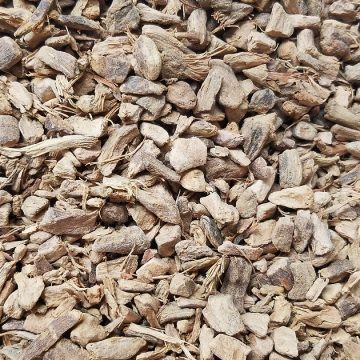