Valerian is a perennial herb native to Europe and Asia that typically reaches 2-5 feet in height and forms clusters of flowers that can range from pink to white to purple. Naturalized in North America, valerian has been widely used since ancient times to treat a variety of ailments that include sleep disorders, anxiety, headaches and depression. Working on similar receptors in the brain, it is sometimes used as a milder alternative to chemical sedatives. It has also been used as a flavoring and an herbal tea.

Growing Information: For best result, valerian seeds should be cold stratified. This can be done by placing the seeds in moist sand or a moist paper towel and putting them in the fridge for four weeks prior to planting. They can then be surface sown outside in the spring. Instead of using the fridge, some growers sow the seeds outside in the natural cold in late January to early February. Valerian prefers full sun to partial shade and moist soil, preferably a rich heavy loam. To increase root size, prevent the plant from flowering by cutting the tops. The roots can be dug for harvesting in September of the second year of growth. Roots can also be divided in the spring to propagate new plants. 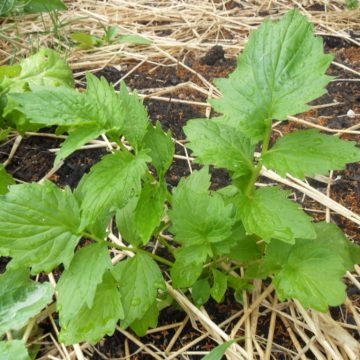