These seeds are the offspring containing genetics of the two most popular trichocereus species.  In this case, the mother plant is itself a hybrid. The mother plant was originally formed when a trichocereus peruvianus mother plant was pollinated with the pollen of a “Juul’s Giant”.  Juul’s Giant is a highly collectible form of trichocereus pachanoi known for monstrously thick columns and almost non-existent small spines.  The union of these two varieties formed the mother plant for this hybrid variety, which was grown out and eventually pollinated by a trichocereus pachanoi OST90641.  Intentionally hybridized cacti are highly sought-after by cactus collectors because of their rarity. Many hybrids also combine genetics of different species to form superior specimens that contain the more desirable qualities of both parents. For instance, you may get the increased growth speed of one species combined with the spine length or coloration that is characteristic of the other species. For collector’s, their fascination with hybrid cacti can be the pursuit of superior specimens, to the aesthetic mixing to simple rarity. with hybrids, you go from a set number of existing species to a seemingly endless list of possible combinations. For anyone beginning to collect hybrid cacti, this is an essential choice because it combines the two most iconic members of this wonderful genus. Although people don’t usually think of cacti for their flowers, trichocereus flowers undoubtedly rival the most impressive flowers of any other type of plant out there.

In purchasing, international buyers agree to assume the risk of arrival of all items. We cannot replace lost or seized items. You will be required to confirm that you agree to these terms before item 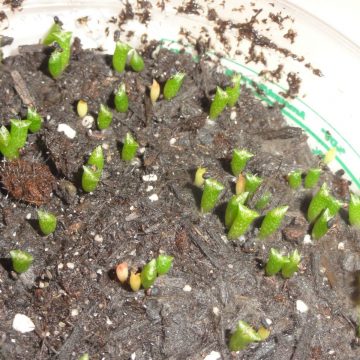