Petunia Violacea, also known as Shanin, is an annual garden flower that blooms through the summer months. Given the conditions, it may act as a perennial. It is a member of the Solanaceae family, a family which also includes tobacco. In growing the two, you will notice that the seedlings of both plants look alike, as do the seeds. The plant produces ornamental funnel-shaped flowers that also bear some resemblance to tobacco flowers. The flowers are a bright magenta with dark throats much like the flowers of mirabilis multiflora. This species, also known as wild petunia, is endemic to South America. Albert Hoffman and Richard Shultes reported that the Indian tribes of Ecuador and Argentina used the petunia violacea to induce a reaction in the body similar to the sensation of flight. Modern study on the phenomenon is limited, and chemicals have not been isolated that could account for these effects. With other similar species native to the same regions, it is always possible that the identities of the plants used by these people have been confused. But the Solanaceae family is well-known for plants that have been associated with witchcraft and shamanism, namely belladonna, datura, hyoscyamus niger, and of course tobacco. Petunia is now grown in gardens all over the world and has been hybridized to create the numerous varieties that you tend to see in garden centers. But if you’re looking for the original genetics, this is the variety is what you want.

This is a water-based petunia violacea resin extract. Each gram of resin is equivalent to approximately 1/4 oz. of dried shanin flower. 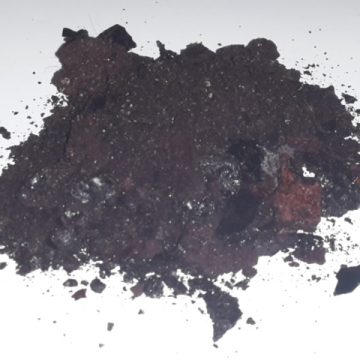