The Moringa plant (Moringa Oleifera) grows native in African and Asian regions. It is considered to be an superfood packed with antioxidants, minerals and amino acids. Its wide variety of uses make use of the seeds, roots, leaves, oils, flowers and young pods.  Moringa is increasingly becoming one of the most popular tonic herbs.

Moringa is considered to be tremendously beneficial to one’s health with a nutritional value ratio surpassing many common foods. It has been called the most nutritional plant on earth. Moringa is said to contain twice the protein and calcium of milk, seven times more potassium then bananas, four times more Vitamin A then carrots and large quantities of Zinc. The immature seed pods, which are called “drumsticks” and lend to the name “Drumstick Tree, are high in Vitamin C. Moringa is also known as Horseradish Tree because the roots have a taste that mimics that of horseradish. 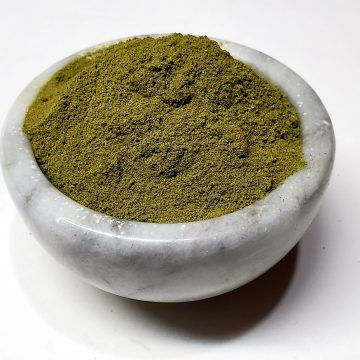