WE OFFER THE FINEST QUALITY POWDERED MULUNGU BARK FROM BRAZIL. MULUNGU IS A HIGHLY VARIABLE HERB, WITH MANY OTHER SPECIES AND TOTALLY DIFFERENT PLANTS KNOWN BY THE SAME COMMON NAME. THESE OTHER PLANTS ARE NO SUBSTITUTE FOR THE REAL THING. MANY INDIGENOUS SUPPLIERS DO NOT EVEN KNOW THE DIFFERENCES BETWEEN SCIENTIFIC CLASSIFICATIONS, SO IT IS EASY FOR VENDORS TO END UP SELLING THE WRONG SPECIES. THIS IS GENUINE HIGH QUALITY ERYTHRINA MULUNGU. DO NOT BE FOOLED INTO BUYING MISIDENTIFIED CHEAP QUALITY PRODUCTS.  WE HAVE BEEN CARRYING THE SAME SUPPLY FOR MANY YEARS, AND IT HAS BEEN COMPARED TO OTHER MULUNGU PRODUCTS  OUR PRODUCT WILL STAND UP TO ANYTHING ELSE ON THE MARKET. THIS IS A LIGHTER COLORED PRODUCT THAT IS ALSO AVAILABLE IN SHREDDED FORM.

Erythrina Mulungu is a medicinal tree native to Brazil whose bark is used primarily for sedation and anti-anxiety effects. A close relative, erythrina verna, is also known as mulungu and is used similarly. Mulungu has long been a part of traditional medicine in countries like Brazil, Peru, Columbia and Argentina. Only recently has it started gaining attention in the U.S. by those interested in herbal remedies. Among its primary uses in the U.S., mulungu is hepa-protective, meaning that it has been shown to protect the liver. The fact that it has been shown to protect the liver makes it unique as an anti-anxiety remedy. Mulungu has been compared to kava kava (piper methysticum) in its action as a natural anxiety treatment, although its effects are noticeably different. Some might say that mulungu is much more tranquilizing than kava. Acting on the GABA receptors in the brain, mulungu has shown through research to have effects similar to the tranquilizer, diazepam. As a result, it is used as a treatment for epilepsy, heart palpitations and muscle spasms. Mulungu is hypotensive, meaning that it lowers blood pressure. This may benefit those suffering from high blood pressure, but it could negatively impact those already with low blood pressure. Mulungu has a tendency to cause drowsiness, which means that it can be used to combat insomnia. But it can impair one’s ability to operate a motor vehicle or machinery. Its sleep-inducing properties may be compared to melatonin or corydalis. Similarly, both mulungu and corydalis are used for pain relief. Mulungu is anti-inflammatory as well. Additionally, mulungu has anti- microbial properties that have led to its use in fighting uninary tract infections. Powdered mulungu bark has an attractive, spicy scent that is reminiscent of muira puama. 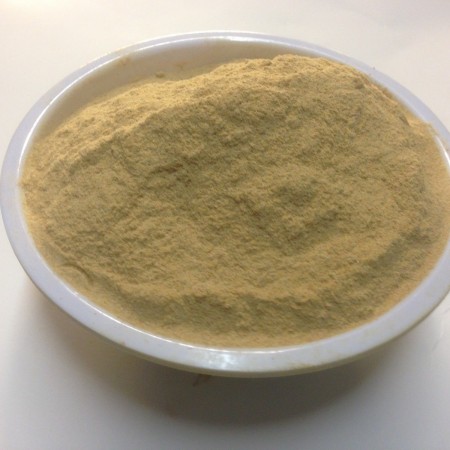