Cumin is an annual herb native to the eastern Mediterranean through eastern India. Measuring 1-2 feet, cumin is a member of the same family as parsley and dill. It has been used since ancient times and is still used today for its distinct flavor and aroma in a variety of ethnic cuisines. It is a good source of iron and aids in digestion. It has also shown evidence of enhancing liver detoxification and fighting cancer. Additionally, it is an anti-inflammatory and reportedly boosts levels of acetylcholine in the brain. Doses of about 1600 mg are said to increase calmness and improve memory. The foliage resembles that of its relative, dill. It has pink flowers.

Growing Information: Plant seeds close together at a depth of 1/8″.  Use a rich, well-drained soil that is situated in full sun. Seeds do best when the nighttime temperatures are above 50 degrees but also require a long growing season, so it may be best to start them indoors or in a greenhouse and transplant outdoors. Harvest the seeds once they have turned tan, after the foliage has dried on the plant. 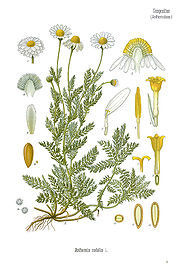