Most people do not realize the significance of the white willow tree. Although grown somewhat for timber and ornamental use, the real importance of this tree is its medicinal use. Most of American society has used derivatives of white willow bark without knowing it. Known as salix alba, white willow contains an anti-inflammatory and analgesic constituent known as salicin. Salicin is converted in the body into salicylic acid, which was also eventually created synthetically in 1852. For those of us who read labels, we know that salicylic acid is a common ingredient in wart remover and acne medication. It is also a pain reliever and anti-inflammatory like the original salicin. As synthetic salicylic acid initially became popular, it became apparent that it was irritating to the stomach. Just considering the modern medications containing this substance, it is easy to see why. In an effort to create a less-irritating form of the substance the well-known German pharmaceutical company came up with acetylsalicylic acid, more commonly known as Aspirin. It is ironic to think that acetylsalicylic acid is still associated with stomach bleeding and perhaps more ironic to think that many sources describe willow bark as easier on the stomach. White willow bark is used for most of the same conditions. It is thought to be weaker in its action. But that also seems to come with a lesser degree of side effects. White willow has been used throughout history by cultures including the Ancient Greeks, Ancient Chinese and Ancient Egyptians. A small amount of bark is typically used as a decoction and has been used for fevers, headaches, toothaches, sore throats, muscle aches, rheumatism, arthritis and other forms of inflammation. It has also been used to reduce blood clots which may in turn reduce the incidence of heart attacks. 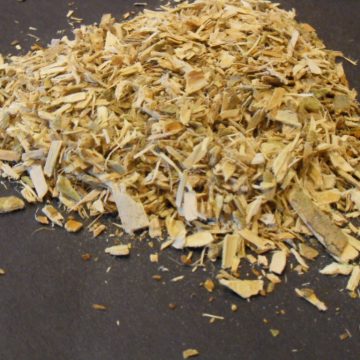