Muira puama is a tree native to the Brazilian Amazon whose root bark is used to treat impotence. Reports suggest it has a positive effect on both desire and erection because it contains natural sterols that may work as precursors to testosterone. Traditionally, the bark was chewed, but it is usually made as a tea or tincture. Muara Puama reportedly has a axiogenic stimulant effect and can cause a sense of well-being if not over-used. Muira Puama’s effects are said to be as effective as yohimbe, which acts similarly as both a stimulant and an aphrodisiac. In addition to its aphrodisiac properties, muira puama is said to increase memory, boost mental clarity, relieve depression and act as a nerve tonic. Among numerous other ailments, the root bark has even been used to work against baldness, rheumatism and digestive problems.

This is a 4:1 extract of muira puama. We also carry raw herb powder and shredded muira puama. 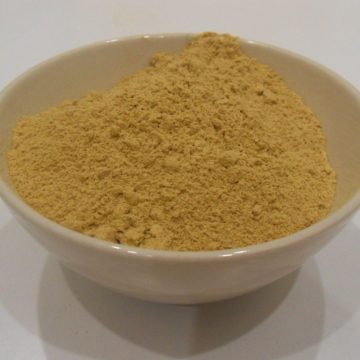