Leonurus Cardiaca is a perennial herb more commonly known as Motherwort, Lions Tail, Lion?s ear, and Throwwort. It belongs to the Lamiaceae or Labiatae Mint family and it is found throughout Central Asia and Europe. The plant has dark emerald green hairy leaves with an intense bitter taste. The botanical name Leonurus is symbolic of the leaves resembling a lion?s tail. All of the above ground part of the plant are gathered after flowering, dried and cut. It is commonly used as a tea or taken as an extract or capsules.

Leonurus Cardiaca as been used since ancient times to treat a variety of ailments including rapid heart beat (tachycardia), palpitations and depression. The ancient Greek and Roman civilizations used Motherwort to treat physical and emotional troubles, a variety of female ailments (hence the name Motherwort) as well as irritability and other disorders of the whole nervous system. There are ancient writings that suggest Motherwort was widely used for strengthening heart functions.

Many modern herbalists have noted that motherwort is useful for cardiac disorder related to anxiety and hypertension, and for thyroid hyperfunction. It is also used to reduce blood platelets and for the reduction of blood lipids. Many also note that motherwort is very useful in treating depression, anxiety and mood disorders. However, the most common use is for treatment of female problems such as menstrual and uterine conditions. Motherwort is used to stimulate delayed menstruation, especially when it is caused by anxiety or stress. It is also useful to aid menopausal changes and to ease false labor pains. It may be freely combined with other prescriptions, especially with Hawthorn. 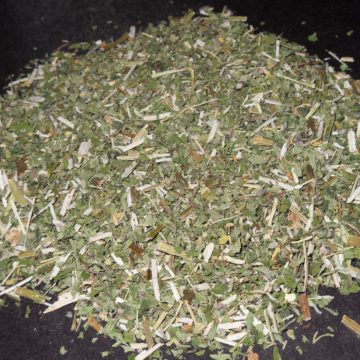