Acacia Confusa is an attractive, yellow-flowered shrub that grows in Southeast Asia. Acacia Confusa is actually native to the northern Phillipines, China and Taiwan, but it has been introduced to other areas including Micronesia and Taiwan. Reaching heights of up to 4 meters in its native environment, Acacia Confusa is also known as Formosa Koa or Philippine Acacia. Confusa reportedly contains powerful antioxidants and is used to treat blood disorders in traditional herbalism where the plants naturally grow. Laboratory studies have also indicated a potential for the plant extract to fight hepatitis C. In Taiwan, the wood is also reportedly used to make support beams for underground mines. Although not as well-known as its close relatives such as acacia maidenii and acacia obtusifolia, acacia confusa makes a great ornamental plant. The pom-pom-shaped flowers resemble those of the mimosa genus. This species is listed as hardy from zones 9-11, but it can be grown as a container plant in cooler environments much the way its relatives commonly are. Like many other mimosoid plants, acacia confusa is tolerant of poor soils. It reproduces readily after fire. The seeds themselves have a good ornamental potential and can be used as beads. In addition to plants, this plant is reportedly reproduced through cuttings.

Growing Information: Gradually acclimate your plants to a location in full sun or place under artificial lighting indoors. Soil should be fertile, well-draining and fertilized occasionally. 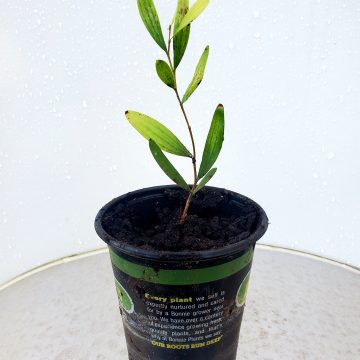