False Unicorn is a perennial herb in the genus Chamaelirium, and it is native to the eastern United States. The plant, which is known for its long feathery flower, has a long history of traditional use among Native Americans as a female tonic herb. Supply is generally limited compared to demand, so it is more expensive than a lot of other herbs. Many who use it, however, agree that it is worth the cost. Our prices are very competitive price compared to most sources.  False unicorn is listed as an emmenogouge, which is a substance that increases blood flow to the pelvic region. This could help explain how it has traditionally been regarded by native tribes as a tonic herb for the female reproductive system, including support with menstruation, menopause, morning sickness and fertility. It’s traditional use has primarily been amongst women, but some indicate a potential benefit for men too.  There can certainly be benefits to increased bloodflow to the pelvic region for men too. False Unicorn should never be used during pregnancy because it can cause loss of pregnancy by causing uterine contractions, even though it has been used traditionally to help with morning sickness. Despite having a potential to cause one, false unicorn is used by some women following miscarriages as a balancing herb. There are also reports of women taking it after coming off birth control.  False Unicorn contains a mix of saponins that can cause vomiting at high doses, but it is generally considered easy on the stomach to most people in the proper amounts, and has traditionally been used to mitigate nausea. It is also reported to increase urination, and it has even been used in some remedies for intestinal parasites.

The roots are the part of the plant that are used, and they are typically taken as a decoction or powdered and encapsulated. A typical does of the root is about 1-3g.  It can also be made into a tincture, which is taken 3 times per day. 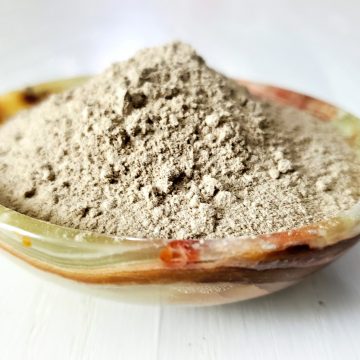